Goromaru (五郎丸 Gorōmaru) is a short starfish who is often ignored in Tatsumi's household. He calls Tatsumi "big brother" and is very skilled at clinging.[2]

Goromaru is a short starfish of small figure and petite appearance. He has fair skin with a rosy tint, a round face with fine features, big red eyes and small oval shaped eyebrows. His hair is pointed and dark red. The only clothes he wears is a animal print loincloth.

It's later revealed that his hair is not naturally pointed, but he combs it like that because he hates people to look at his wet hair.[3]

Goromaru has a tsundere personality. He hates when people ignore him but he doesn't do anything to call their attention either. He is short-tempered and gets angry easily, but he only looks adorable when angry.

He deeply admires and loves Tatsumi, whom he calls "big brother" because according to him, he is very "manly".[2] Goromaru constantly clings to Tatsumi shoulders and show offy around him, trying to get his attention and glomming onto him as an older brother. Tatsumi is just as patient with him as he is with Kasumi. 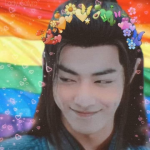 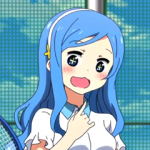 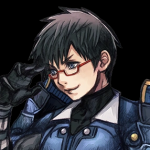